The first human study that draw attention to the relationship between vitamin D and cancer prevention is the study conducted by Garland and colleagues in 1980 which showed that colon cancer incidence is lower in populations exposed to more sunlight or living at lower altitudes. Similarly, study carried out by Hanchette and colleagues in 1992 showed that there is a lower risk of prostate cancer in people who live in areas with more sun. Since exposure to sunlight was known to cause vitamin D synthesis in the skin, Vitamin D has been proposed to have protective effect against cancer. These findings led to increased interest in this subject. As a result of 30 years of research, Vitamin D has been proposed as a "potential cancer-preventing agent".

Increasing number of studies indicates adequate vitamin D levels affect the success rate of cancer treatment in addition to its preventive properties. Accordingly, patients who have adequate serum vitamin D levels prior to chemotherapy and drug treatment have been reported to have a longer survival time than those who have lower levels. Furthermore, clinical studies revealed that vitamin D supplementation positively effects immune system of newly diagnosed cancer patients that initially had low level of serum vitamin D. Therefore, vitamin D supplementation could have positive effect on cancer treatment as well as reducing side effects that may occur due to chemotherapy and drug treatment.

Dietary vitamin D sources, include oily fish such as salmon, tuna and mackerel, are limited. It is found in limited amounts in the liver, cheese, egg yolk and mushrooms. Even with the most successful nutrition program, it is impossible to meet the daily vitamin D requirements. Sun exposure is very important at this point since vitamin D synthesis begins in the body with the direct contact of sunlight on our skin. With the involvement of the kidneys and liver in the synthesis processes, the active form of vitamin D is produced. Therefore, it is suggested that sunbathing for 15-18 minutes a day will be effective in meeting our daily vitamin D needs. A walk outside or a coffee break in the garden of your work place at appropriate times will certainly contribute to your vitamin D synthesis. Of course, one thing to be aware of is that in countries such as Cyprus, where sunlight is very intense, sunbathing will not be suitable at noon, which can be considered as dangerous. Therefore, consuming oily fish rich in omega 3 fatty acids twice a week will both support our cardiovascular health, help us get good quality protein and contribute to the recommended daily amount of 600 IU/day vitamin D. An important point to note is that vitamin D can be stored in the body and can cause toxic effects when taken in excess! So, it is important to always consult your doctor, dietitian or pharmacist.

In our previous bulletins, we talked about Vitamin D Project, which is being carried out as a part of doctoral dissertation in the Department of Nutrition and Dietetics, Eastern Mediterranean University. This study focuses on serum vitamin D levels, the amount of vitamin D taken by dietary sources, and possible genetic differences related to vitamin D metabolism in breast cancer patients. Our ongoing work is supported by the Cancer Research Foundation.

The heavy metal investigation in soil, water and plants in Guzelyurt area

The investigation done at Guzelyurt area has been finalized within the context of a PhD thesis, supported by Omer Anil Scholarship-KAV. A research article about the quality of irrigation water, contamination rate and management is currently in publication process. For many years the extreme saltiness of the water has been mentioned. However the analysis of electrical conductivity (EC) showed a level of water salinity that could still be used for agricultural irrigation. Sea water entrance was evaluated using Revelle index and in majority of the wells water was found to be contaminated with a small amount of sea water. The heavy metal analysis that was performed in Budapest, Hungary, showed that all the tested metals were below the limits and found in the following order: Fe>Cr>As>Pb>Hg>Cd. In general, no problem has been encountered in the heavy metal content or the quality of the water for agricultural irrigation. The main problem of the farmers in Guzelyurt area was in the management of the water. The best pH range for a good production is between 6.5-7.00. However, pH of the water in the area is more than 7.00, causing it to be alkaline. In case of a need addition of nitric acid and phosphoric acid helps to decrease the pH thus increase the yield. Although in the soil samples obtained from the agricultural areas no lead (Pb) was determined, Cadmium (Cd) was found above the limits. In four of the agricultural areas Nickel (Ni), and in one of them Chromium (Cr) was found above the limits. As named, the "loamy" soil, contains sand, silt, clay and organic materials, is rich in nitrogen. This soil is alkaline and has low salt content making it suitable for agriculture. Lastly, the analyses of the plants have shown that the levels of Cadmium (Cd) and Chromium (Cr) are above the limits. Only in few of the samples the levels of lead (Pb) was found to be high. In order to calculate the transfer of heavy metals from the soil to the eatable sections of the plants TF= Cplant (eatable)/Csoil (total) approach has been used. The higher the transfer factor, the higher the mobility of the metal. Based on this, the transfer factors can be ordered like this: Co>Cr>Ni>Cd. Since no lead was found in the soil samples transfer factor was not calculated. 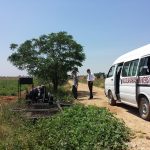 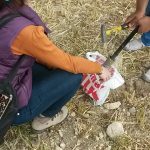 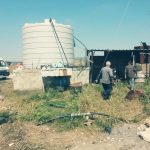 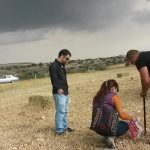 The purpose of the research will be to validate and characterise anti-metastatic potential effect of a pharmacological agent on invasiveness of cancer cells. In addition, nanotechnological techniques will be used in order to increase potency and/or specificity of the tested compound. The proposed research aims to transform cancer into a “chronic” disease. In other words, the aim is to develop a therapy which doesn’t affect the life quality and ensures the patients can live many years rather than the aggressive therapy strategies that negatively affect quality of life.

We have performed a statistical analysis of the cancer incidence during 1990-2004 in North Cyprus (Hincal et al 2008). This period lasted until the opening of the borders with the southern part of Cyprus which has made the case tracking more difficult. In any case we believe that this model study is a representative of what we have now in the North. The statistical analysis of Hincal et al (2008) has shown the presence of 11-12/10,000 cases on average in a year in North Cyprus compared to 40-50/10,000 in the ‘Western World’. The most frequently observed cancers were breast in women and lung cancer in men. In two cancer types (lung and melanoma) the ‘age standardization ratio’ was higher than northern and/or southern European countries. However the most worrying data was the ‘age of onset’ (the age that the cancer is first detected) was significantly lower for some cancer types (breast, skin, lung, colorectal, and brain) compared with both areas of Europe. It has been accepted that this is a potential serious problem, baring in mind the possible deficiencies at local diagnosis services.

Since education and awareness have significant effect on fight against cancer, we have prepared a documentary together with Green Action Plan within the framework of a EU-funded project especially for children and the youth. We copied the documentary on 25,000 CDs and distributed in 87 schools in TRNC during the displays. In order to measure the rate of awareness created by the documentary questionnaires were applied on 9000 students. The result of the statistical analysis was as follows:

In this study the increase in awareness occurred based on the interests of specific ages (eg. Awareness on the negative effects on smoking was highest at the secondary school students which is the age smoking first starts). As a result of the distribution of CDs to the children and the youth we could relay information in a permanent way. Furthermore with the CDs the information relay has been extended to the families.